“Why must we assume that to be ‘bad’ is to be a sinner?. Thus, some people tend to assume that ‘sin‘ connotes badness. These two concepts are absolutely different. Let thinking be invited.” – – – Akinrulie Opeyemi Joshua

As a matter of fact, there has been a misconception between ‘bad’ and ‘sin’. In a particular society where some laws are given and stipulated as a moral standard, if I violate one of the laws created, then, I may be regarded as a bad human being, because I have behaved badly. This belongs to the realm of the society, some people tend to assume that since I have violated the law then, I am a sinner. If there are no laws, will they be bad people? Surely, don’t you think the essence of establishing a law is to create an awareness of bad people? The concept of good has become a subject matter within human society, we tend to look for perfection in this world whereas, perfection is struggling to find its place in the world of imperfections. If what is good is good, and what is bad is not good. Why can’t bad be bad? Why can’t sin be sin? But, some people tend to say, if you are a sinner then, you are bad, and if you are bad then, you are a sinner. How apt is this view?

I will now shift my focus to religion where the term ‘sin’ is so vital. Remember that what I am trying to do in this article is to distinguish the aforementioned concepts. Religion tend to focus on what is good only but,how about the concept of bad in religion?. In this context, spiritual speculations  tend to be the crux of everything, their maxim will be, “above is important than below”. I am not saying that religion is bad or good but, I see no reason why mankind can not distinguish strongly between these two concepts : bad and sin. As a matter of fact, religion has divided a peaceful society with the concept of’ bad ‘ to be a sinful act. If society made religion, then, religion is of the society thus, why is religion causing conflicts in the  same society? If that should be the case, I argue that religion dictates all bad occurrences as a‘ sin’ not as a bad concept. How the society will analyze things is different from religion point of view, bad will be bad as regards to the society while in religion, bad will be regarded as a sin. What can you say to this? 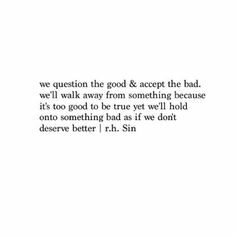 “ Do not conceive ‘bad and sin’ as the same. These two concepts are absolutely different , in religion, you can not amend a stipulated constitution because the unknown made it so. But, society can amend a stipulated constitution because the known can be questioned even, badness can still be changed, infact, a sin is an everlasting one.”—–Akinrulie Opeyemi Joshua